In co-operation with the Department of Structural Engineering, our department has been involved in the determination of deformations caused by static and dynamic loads of multiple bridges. We reported on our results at the 2015 Engineering Survey Conference (our presentation and a video available on the MMK's Geodetic and Geoinformatics website). We also have a publication about the loading test of the Rákóczi Bridge.

Reconstruction of the Kossuth Square

During the construction of Kossuth Square, our department had several assignments for expert works, commissioned by the contractor and the technical inspection companies. A poster was created (size 20 MB) from our materials. The study of the monitoring of the underground garage's slurry wall by laser scanning was published in the Hungarian Building Industry journal 2/2014.

The ruins of the medieval fortress of Szádvár can be found in the northeast corner of Hungary, in the area of ​​Aggtelek National Park, at the border of Szögliget. The full geodetic survey of the castle ruins was carried out in 2007, and later, in 2013, a part of the castle was re-examined by terrestrial laser scanning. Further information is available on the following poster (size 14 MB) and Tamás Tuchband's and Károly Radóczy's diploma works.

In the last few years our department has made several cellar and cave surveys. Spatial models and maps based on our surveys served as the basis for stability testing and design tasks. Among others, we worked in the cellar system of Budafoki Borváros, commissioned by the Budafok Local Government, in a cellar under a planned skating rink, in the former quarry of Diósd, and in the II. District in Molnár János cave. Our most important results are in the following poster (size 10 MB) and further details can be found in Bence Ambrus's, Máté Jónás's and Richárd Hardi's diploma works. The summary of our survey of the former quarry of Diósd was presented at the 2016 Mine surveying Conference, and our study was published in the conference's publication.

There was a reconstruction work with a KEOP tender (KEOP-3.1.2 / 2F / 09-11) in the ELTE Geological Nature Reserve during 2014-2015. In this context, our department made geodetic surveys, and also created maps and geomatics databases.

Survey of the University of Physical Education Campus

During 2016 we surveyed the entire campus of the University of PE, including the Sports Hall, the Csörsz street sports ground, the playground next to the sports ground, and the park. Based on the survey, we created a design base map. We also made measurements to determine the height of the specific points on the front and inside the buildings. You can find the most important moments of this survey and mapping on the following poster (size 21 MB). 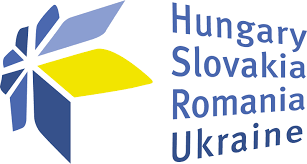 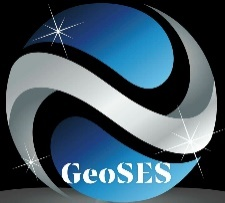